If you follow this blog with any kind of regularity (which there has been none since I had my daughter), you’ll know how much I adore Rey. I like her so much that it blinded me to all faults within TFA when the movie first came out.

I named my daughter’s middle name, Rey, because of how much I loved the character. That decision was not taken lightly – there were still two movies in the saga to be released and with different directors at the helm, I feared that the character J.J. Abrams gave us in the first movie could potentially change, a lot, the next two films.

Though I did not love The Last Jedi, I was still pleased with Rey’s character turnout. She teaches us a lot in the film. Most importantly, I think Rey shows us that we need to go with our gut feeling, no matter what the cost may be. It’s important to make decisions based on what you, as a woman, believe is right – making decisions for yourself and not based on men.

If you know me, I am the type of person that doesn’t really deviate from orders. I’m not spontaneous and I’m happiest when there is a clear plan A…and also plan B, C, and D, should anything go wrong. Needless to say, I’m not fun to hang out with when we’re stuck in traffic or there are flight delays.

Rey is a scavenger in TFA. Most of her days are probably the same and monotonous. But she was longing for another life. When she had her 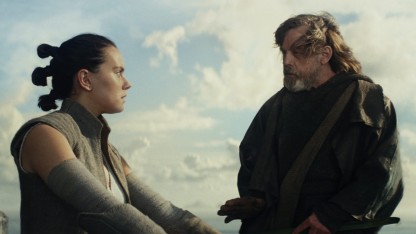 chance, she got spirited away on a crazy adventure, realized she had the Force, and then went to train with the famous Luke Skywalker.

Meeting Luke Skywalker was not how she envisioned. Her first encounter of giving him his old lightsaber was met with disdain and callousness. Luke had no interest in Rey or her mission. He wanted to be left alone.

Plan A was not working.

Rey went to plan B, which was to doggedly follow him and persist until he gave her some lessons on becoming a Jedi. After her relentless stalking of his daily activities, he gave in.

This is where things begin to get interesting. We see throughout the two movies that Rey follows her heart/gut/Force/whatever you want to call it, and she is a determined young woman who doesn’t second question her choices.

I love that. As a woman, we tend to question a lot. We question the outfit we’re going to where, we ask all our friends their opinions on where we should have dinner, we second guess the text we just sent a thousand times over when the person does not reply right away, and we tend to hold back from making leaps in our career for fear of not knowing everything we should. We question our confidence and some women have a habit of constantly saying their sentences as questions (upspeak) – almost as if they need your validation and input to move forward with a decision.

Rey doesn’t do that. She moves forward with determination in each movie thus far. She went to the dark side…she observed it and came back. She decided to not be afraid of it and to see what it could hold for her. She followed her gut feeling and decided that it was worth the risk to make a leap of faith. It ended a bit disappointingly for her, but instead of it being something completely taboo, it became something to observe. Imagine some of the damage that could have been controlled by the Jedi that instead of making the dark side a forbidden fruit, it was instead all part of the Force, to be observed and treated as something dangerous but not to be prohibited.

The most shocking thing she has done, which I feel like not many people give enough credit to Rian for, is leaving Luke on Ahch-To before her training is anywhere near complete. That is a BIG deal. She is one of the few who knows where Luke Skywalker is located, the only person who went to contact him, and he is the only one who can teach her about the Force, unless she wants to turn to Kylo Ren and Snoke.

Despite that people say Rey’s departure from Ahch-To is similar to Luke’s departure from Dagobah in ESB, I have to disagree. Luke left with the intention to return, that his training was only paused. I’m not sure I got that feeling from Rey, to say the least. She left because she saw a

cowardly old ex-Jedi Knight who had closed himself off from the Force and didn’t want to try and bring Ben back to the light side. So, she took on the mission herself.

Rey decided to do what she thought was right, despite being in a unique position that she should have held onto. I would have stayed, despite how Luke treated me, despite what he said, I would stay because I was there to convince him to come back to the Resistance and get some training.

For Episode IX, I want to see this continue. And most importantly, I would like Rey to not have a romantic storyline attached to her. I know there are a lot of Reylo fans out there, but right now I think it’s so important to continue to show Rey making decisions for herself and by herself.

When Rebels was in it’s first seasons, I loved Kanan and Hera’s relationship. I viewed it as platonic and did not want them to fall in love. I argued how important it was for young girls to see a male/female relationship with no romance. I was severely disappointed when that was changed. Girls are bombarded by romance in a way that boys are not – it’s not even subtle. Our books have love stories in them, chick flicks center around romance, and our society drills us with messages to look hot/pretty/sexy. For who? For us? No. For men. We are told that we must leave the house and make decisions with the sole purpose of attracting a male.

How refreshing it would be to see Rey continue to blaze her own trail without a man she was interested in. When she turned down Kylo Ren (despite that amazing chemistry, I’m not denying that was there!), I wanted to whoop for joy. When she looked over at Finn with Rose at the end of the movie, there was a pang of wistfulness maybe, but I didn’t see jealousy. I saw a young woman who realizes that she’s been gone for some time and things change.

Most importantly, I really hope that if she remains solo throughout the saga, that with Episode IX, she does it without the intention of following a Jedi path of being celibate. I hope that she sees love in her future, but knows that whoever he is, he better walk the line.

I want Rey to find love, I do. But I also want the option for her not to find love – which isn’t presented to young women very often. It’s okay to feel like you don’t need a man or that some men don’t live up to what you want in a partner. We just don’t see that nearly enough in movies today. 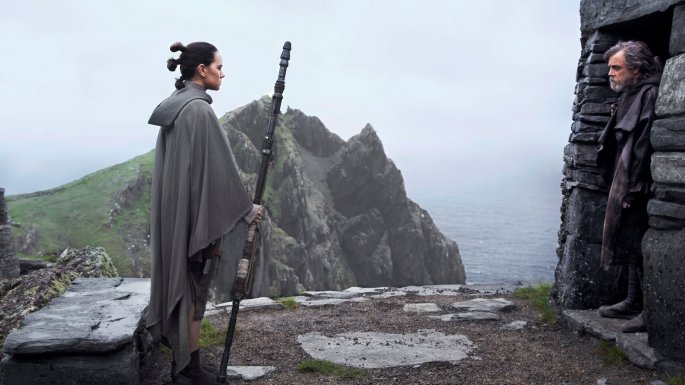 One thought on “Why Rey Should Not Fall in Love”